going all out when it comes to Recycling……. but New Rochelle is not following.

The Source separation law is in effect since the late 80ies and here we are in 2013 and there are still no Recycling cans in sight.

How can we teach our children about recycling if no logistics are provided.

Especially at the ball fields, because, guess what, there are mainly bottles and cans discarded there. I did a survey and found 800 beverage containers per weekend day at the ALMS and Ward Ball fields alone. And no recycling can!

Here is an article on what Central Park is doing, it should be an example to New Rochelle.

Central Park recycling to get an overhaul:

END_OF_DOCUMENT_TOKEN_TO_BE_REPLACED

As America’s culture of convenience continues to flourish, single-cup coffee makers have become increasingly popular among coffee drinkers. But beneath those expedient one-cup coffee pods lies a growing environmental problem.

With New Rochelle being a fast paced, suburban environment, it is a prime market for these kind of convenience driven machines.

“These things aren’t readily recyclable, if recyclable at all,” said Darby Hoover, senior resources specialist for the Natural Resources Defense Council. “Anytime you’ve got this kind of small, single-use packaging option, especially when there are clearly alternatives, it just leads me to question why you would promote that system over another that works just as well for many applications.” END_OF_DOCUMENT_TOKEN_TO_BE_REPLACED

I just heard about this fabulous program of sending used books to prisons.

Hardcover and even soft cover books are not easily recyclable as paper, but isn’t the REUSE option anyways much better then to go directly to recycling?

Here is the link to the program.

Terracycle has just partnered up with Staples to take back used binders for recycling and you will get a Staples Store Coupon.

Please go to Terracycle.com for more information and for a list of participating Staples.

If you do not know about Terracycle yet, it is a great company who is collecting materials that are commonly considered garbage and they “upcycle” them into new products.

Check out these fabulous products.

Some New Rochelle’s schools are collecting materials and are sending them, free of charge, to Terracycle and receive points for them, which can be used either as cash or as contributions to different charities.

A Eastchester school has collected over $1500.00 in Terracycle points in just one school year. A great way to make money while reducing our carbon foot print and teaching our children. 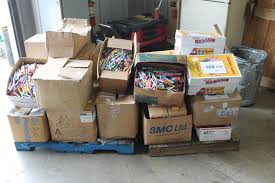 As I am getting things ready for my kids to go back to school, I am looking at these boxes of used markers.

Each year I faithfully go out and buy new markers as per school supply list. Wouldn’t want my child to be the only one that does not have all new, still in fresh boxes, school supplies, now would I?

Every year I even go through the excercise of testing which markers are still good, but what to do with the bad ones? Are the commingled recycling? Trash?

Now here is finally a way to keep those old markers out of the general waste stream.

Crayola Company in PA together with JBI is turning these markers into fuel. 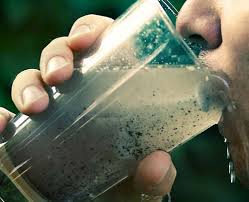 New Rochelle’s citizens and parents, join me and learn about Fracking and its incredibly detrimental effects on our environment, our water and our health!

If your health and your children’s health is worth more to you then the profits of a few handful of executives in the gas industry, please take a moment and click on this link to watch the trailer of the movie.

All of our water is at risk.

Here is some more information about Fracking.

This is not something that “just kind of happens somewhere far away and I am really too busy to be bothered with this”, this is at the source of OUR water shed and this is REAL and RIGHT in front of each and everyone’s door.

I have reported already numerous times on how bad Polystyrene (commonly known as Styrofoam) trays are for our children’s health, our environment and our bottom line.

The material was classified in 2011 by the Department of Health as “reasonably anticipated human carcinogen”.

Yesterday I reported that Mr Quinn was enthusiastic when I shared with him that combined buying power makes “green” trays less expensive then Polystyrene trays. He said he will look into taping into that pricing.

Yesterday I was excited about this progress.

Today I am thinking, is the health of our children only important if it is the cheapest option? Can we really afford to feed our children on reasonably anticipated carcinogenic materials just to save a few pennies. Pennies that we could save BIG TIME if the district revamped their waste management system.

The District has received a grant of 1 million dollars to implement healthier foods for our children,. If one looks at the break down of the usage of that money, most of it goes into instruction, retirement, health benefits and travel.

This grant should go squarely into actually providing healthier foods and most of all, on healthy trays/plates.

Meet Jannah Sharpe, a proud 6th grader, who is student in one of the Westchester schools that recently embraced the School Lunch Recycling Program. This small charter school used to generate 13 bags of garbage per lunch, and now they are down to only 1/2 bag per lunch.

After learning all about how to save the environment and how to reduce, re-use and recycle Jannah had the fantastic idea of taking strips of single use plastic bags and crochet them into a fashionable hand bag.

Check out this amazing product!

That is a lesson well learned and applied to life. Way to go Jannah!

New Rochelle‘s Trinity Elementary School has been exemplary in regards to Recycling. Under the leadership of Principal Anthony DiCarlo, and Assistant Principal Inas MorsiHogans, the students created a continuous culture of recycling in their lunchroom.

Trinity is the only school that has never faltered in their efforts to source separate all materials in the lunchroom, and I credit Ms MorsiHogans and the very supportive lunchroom staff with this. Way to go.

In this spirit, the school has been chosen to be the recipient of this years “Green Writing Contest” given in Honor of Nina Chin.

These are my comments at the Board Meeting on February 25th, 2014.

I wanted to ask you about the snow removal and how it works. I know we have custodians in each school that are responsible for snow removal on sidewalks and such. And then we have Buildings and Ground crews that are coming with pick up trucks with plows in front of them.

What happens on days when schools are closed?

On Wednesday evening, Feb 5th, I saw district vehicles together with Mario Bulfamente trucks plowing and piling up at Ward. Wednesday was a school closing day. Did we give the day off to the B&G employees, just to hire them back on overtime?

I know, we have contracts with two outside contractors Zonzini and Bulfamente for ”Snow Removal Equipment Rental with Operators” for “not to exceed $100,000.” These contractors are supposed to be used “during severe snowstorms when normal standard School district snow removal procedures may be insufficient.”

I am asking you, what are the deciding factors as to when our guys with plows in front of their trucks are not sufficient to plow, even if they have, due to school closings, nothing else to do?

How are Zonzini and Bulfamente paid? Do they have to submit invoices per occurrence? How is an occurrence determined? By time spent? By inches of snow? By building? Are their services billed as emergencies, in spite of the advance notice of school closing?

How come our B&G guys are working TOGETHER with the outside contractor?

Who checks they actually worked as long as they said they did? Who signs off on these invoices?

The City of New Rochelle has changed the way they deal with snow removal. They moved away from time and material contracts. They are now having a set formula for actual snow tonnage removed. The districts areas are very easy to survey and set. With actual figures per formula, possibilities to milk the system would be reduced.

Government money is often seen as easy money, because oversight is often lax. Insiders actually call government contracts “Tit Jobs”, because you just have to suck on them. Putting checks and balances in place is necessary to curb corruption.

You, as our elected officials, are the ones that should be putting checks and balances in place. However, the suggestion to observe contract negotiations was voted down. Checking up on our employees was considered “micro-managing”.

We have now GPS on garbage trucks, who reads that data?

Robert Cox has uncovered many incidences of where either employees or contractors took advantage of the lack of over sight. These examples, as well as the garbage truck incident of last summer, were dismissed as “isolated incidents”

The district is spending millions of tax payer dollars and even so called “isolated incidences” are corruption and theft of public money that needs to be dealt with and not dismissed.

Let’s change that. Let’s put checks and balances into the system. Let’s make sure purchase orders are reasonable and corresponding invoices are of matching amounts. Do not leave approval of all transaction in just one hand, that just lends itself to abuse.

It is in our best interest that the money we spent is going into the education of our kids and NOT anywhere else.